Many painters—and many artists in general—don’t live long enough to see their work lauded by contemporaries and receiving the credit it deserves in the art world. It’s typically not until long after an artist dies that his or her work starts to sell for thousands and in some cases even millions of dollars. But Wayne Thiebaud, a 97-year-old artist born in Mesa, Arizona, isn’t your average painter. 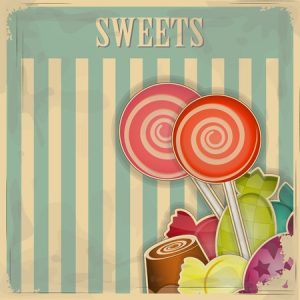 Over the years, Thiebaud’s artwork has raked in more than $100 million, which makes him one of the most successful living painters in the world. Most recently, he had one of his most famous paintings, an oil on board painting called Lollipop Tree, sell for more than $1 million at an auction in Connecticut. Originally, the painting was only expected to sell for somewhere between $400,000 and $800,000, but it easily topped that estimate and raised a lot of eyebrows in the process. Clearly, there is a strong market for Thiebaud’s paintings.

If you love what Thiebaud was able to do with his Lollipop Tree painting, you should check out some of the other candy-inspired artwork he has done over the years. In 1963, he painted a bunch of gumballs in gumball machines for a painting he called Three Machines and in 1970, he painted a collection of lollipops for a painting he called Seven Suckers.

And while he has painted his fair share of other objects—see 1964’s Eight Lipsticks or 1975’s Shoe Rows for proof of that—he has exhibited a fascination with candy and other sweets throughout his legendary career, and it has paid off in a big way for him. Thiebaud’s nostalgic love for the past has earned him a faithful following and allowed him to successfully carve out a niche in the art world.

CIMA Confections Corp. respects the artwork Thiebaud has done, and it brings a smile to our faces whenever we see someone so passionate about lollipops. We are a leading supplier of gourmet Yummy Lix lollipops and can supply you with specialized lollipops for a number of occasions. Call us at 562-926-6800 today to place an order.