At Yummy Lix, we offer gourmet lollipops that are some of the tastiest versions of this delicious treat that you already know and love. But just where did the lollipop come from and who invented it? Well, this candy actually has a long and interesting history, with many evolutions eventually leading to the treat we have today. In fact, lollipops can be traced back thousands of years. Our ancestors used to preserve food in honey, place a stick inside it, and lick and bite it to consume the food. While it didn’t start off as a typical piece of candy, it eventually became a common sugary treat in the 17th century. 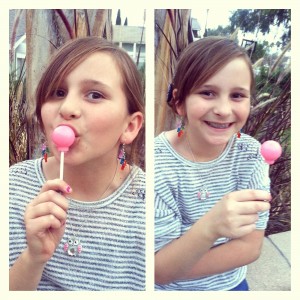 Street vendors in London would hand make lollipops, although the candy had a few differences from what we have today. Most lollipops were soft candy rather than hard and different materials were used for the stick. Eventually the treat found its way to America, where it became popularized by candy maker George Smith. Most people agree that he invented the modern lollipop in 1908. Allegedly, the treat was named after a race horse named “Lolly Pop.”

While the lollipop has remained essentially the same since the early 20th century, the entire team at Yummy Lix is always looking for ways to create modern twists on the old favorite. Not only we do we offer gourmet lollipops that are unlike any you’ve ever had before, we are committed to using the best ingredients and technology in order to bring our customers the best version of this delicious candy. Keep checking back with our blog for more information about the history of the lollipop, and even news about its future!