Behind the legend of Johnny Appleseed was a real frontiersman, John Chapman. At a young age, Chapman set out to build orchards, planting thousands of apple trees in new lands opening up for development.

He favored the tart, sour apples in his tree selection, much like the Sour Apple flavor of Yummy Lix gourmet lollipops. In the early- to mid-1800s, the sour flavor was as popular as it is today, with people making cider—sometimes hard cider—and apple jack, a popular drink in colonial days and beyond. Now we prefer our sour apples sweetened in pies and lollipops!

While legend pictures Chapman as a man spreading these beloved trees and their tart fruit willy-nilly across the prairie, the real Johnny Appleseed was a practiced planter. He set up orchards that anchored his claim on land and sold the parcels when the trees matured. At his death, he owned 1,200 acres of land! He probably owned more acres, but Johnny was a simple man who cared more about trees than about property deeds. 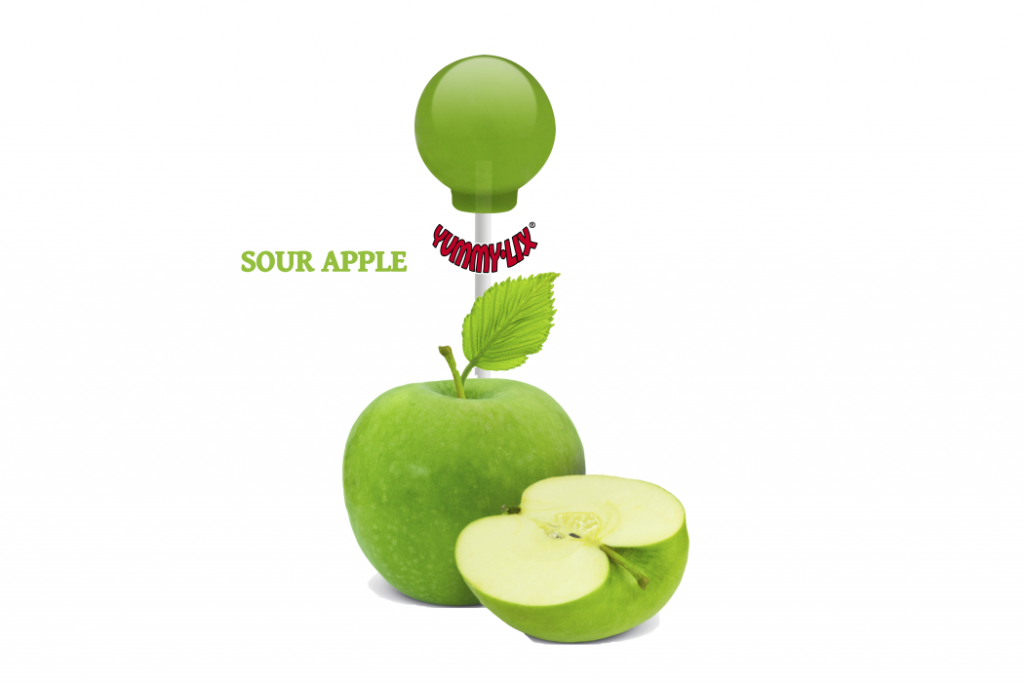 A nature lover, Chapman cherished all animals, even insects. Stories tell that he once doused a fire that was burning mosquitoes and slept in the cold snow when he found a bear and her cubs at the opposite end of a campfire log. He dined on gathered apples, berries, and wild edible plants as a vegetarian.

The images of a barefooted Johnny Appleseed in tattered clothing is true to the real John Chapman. He often shunned shoes and luxuries like new clothes. To cover his head, he wore the tin stew pot he used for cooking! In Fort Wayne, Indiana, where he died, the minor league baseball team is called the TinCaps in his honor.

Chapman was a devout man who lived his faith. When invited for dinner, it is said he waited to be sure the children had plenty before he began to eat. He often gave his clothes to the needy, along with trees—lots of trees. It was his dream to see that everyone had plenty of food: good, healthy apples.

Two things John Chapman loved, children and apples, come together in the popular Sour Apple Yummy Lix lollipop. Just like the children of two centuries past, kids love the tart flavor of apples mixed with a bit of sweet.

Yummy Lix and Cima Confections invite you to celebrate Johnny Appleseed Day with a Sour Apple lollipop. It will be your well-deserved reward after you plant an apple tree in honor of this gentle folk hero. Yummy Lix creates smiles by offering this and many other gourmet flavors.