June is one week away and that means it’s almost National Candy Month! Our team at CIMA Confections couldn’t be more excited! In celebration of this sweet month, we want to talk about the history of candy and how we got here today!

Candy is not only a delicious treat but an ancient tradition that can be traced back to 2000BC. During this time, ancient Egyptians created candy by combining honey with figs, nuts, and other spices. The Egyptians used this candy as a part of their worship rituals. Sugarcane was used by the Chinese to sweeten ginger, licorice root, and other nuts. 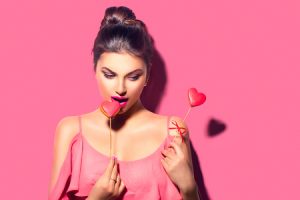 As time progressed other forms of candy started to develop across the world. During this time sugar was very expensive and was considered a treat for only the wealthy.  During the Middle Ages, members of nobility ate boiled sugar and put sticks in them to make it easier to eat. Boiled sugar with a stick through it sounds a lot like… Lollipops!

Today, there is much speculation about who invented the modern lollipop.  According to the book Food For Thought: Extraordinary Little Chronicles of the World, they were invented by George Smith of New Haven, Connecticut, who started making large boiled sweets mounted on sticks in 1908.  The candy was named after his then racehorse, Lolly Pop, and the term “lollipop” was trademarked in 1931.

CIMA Confections has been creating high-quality candy for over 30 years. We offer m 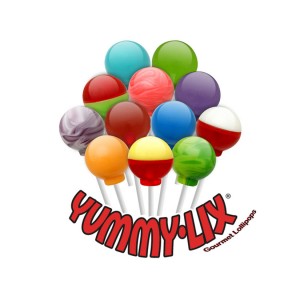 any different shapes and flavors of gourmet lollipops. Yummy Lix Gourmet lollipops is CIMA Confections flagship brand, it became the fastest growing deposited lollipop in America when it was released in 2003.

Join us in celebrating this special month by indulging in a delectable sweet treat. Visit our bulk lollipop shop to see what exciting flavors we have to offer!