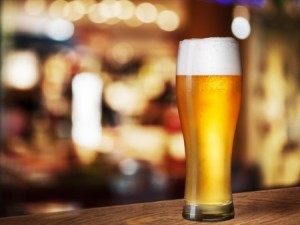 Home brewing beer has become an increasingly popular trend, but one enthusiast is taking that passion a step further. Heather Hadsel in Washington has discovered a way to make hop-infused candy, and the process is simpler than you may think. With some sugar, water, and corn syrup, she’s able to create the candy by cooking the ingredients together at a temperature of 300 degrees. Once the mixture becomes hot enough, just adds in some hops, the final piece of the puzzle.

She calls them LolliHops, and plans on selling them through her new startup candy company, Yakima Hop Candy. It’s too early to say whether or not the candy will take off in popularity, but Hadsel, a mother of two, has high hopes for the company. So far she has even secured an exclusive deal with John I. Haas, a local brewery. The brewery will be supplying Hadsel with the hop pellets she needs to make her candy.

While she may be the latest, Hadsel is not in fact the first person to ever make beer flavored candy. There have been a few other attempts in the past, like Hop Head Farms. They sell a special hard candy called B-Hoppy. However, Hadsel may be the first to make lollipops that taste like beer.

We’re always on the lookout for unique stories involving lollipops and candy from around the country. Learning about a young entrepreneur trying something new is even more encouraging. For more stories like this and news about CIMA Confections, stay tuned to our blog!