Expert Black Friday shoppers know that the best toy deals are going to be released on the morning of this hectic retail holiday, and when they are, parents on a conquest for the hottest LEGO set or Star Wars toys are going to race to the stores in a flash. Do you know what children love almost as much as brand new toys? Candy. Even more than candy? Free candy.

If you want to keep crowds lingering in your store for longer this Black Friday, try handing out a free giveaway: Yummy Lix Lollipops. 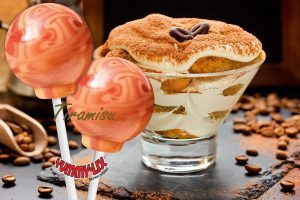 The doorbusters may draw the crowds in, but they’re going to stay for the hospitable environment, because the longer people stay in a store to look around, chances are likely they’re going to spend more money. And this isn’t just true of children’s retailers; anytime people find a great deal, they feel good. It’s basic psychology. A good deal goes straight to the brain’s reward center, activating a feeling of gratification.

Why lollipops? Because they’re the candy of our childhoods. And let’s not forget: kids are fidgety, full of energy, and parents don’t have the patience. Lollipops will keep kids occupied while parents are busy searching the aisles for those must-have deals.

You can contribute to this feel-good momentum by thanking them at the door, or even having employees pass out lollipops in a fall flavor like Apple Cinnamon or Tiramisu. It sounds like a stretch, but it’s not. Every good deed adds up. You’re not only going to witness a spike in customers’ serotonin levels, but you’re also going to make your store stand out from the crowd.

Every store is going to have deals on Black Friday, so why not be bold and go the distance? CIMA Confections Corp. has several flavors to choose from and promotions galore. Receive $30 off when you order 640 ct of Yummy Lix Lollipops now!