There are a few things we all know about lollipops. They’re a hard candy, served on top of a stick. They come in all different shapes and sizes. And, of course, they’re really tasty. But there are a few facts out there about lollipops that many people do not know, about their origin, celebration, and record-setting sizes.

Where did lollipops come from? 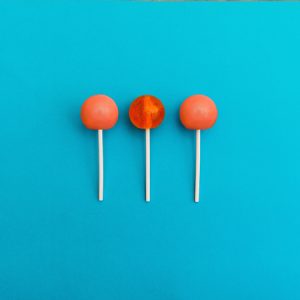 Historians say that something like a lollipop—or a sweet treat enjoyed on a stick—has been around for millennia, as ancient Chinese, Arab, and Egyptian cultures each had their own form of one. But what we know as the modern-day lollipop is said to have been invented by George Smith, a candy maker in Connecticut. He reportedly saw someone put caramel and honey on a stick, and decided to make his own hard candy version. The idea stuck.

What about the name?

Accounts vary, but some say that Smith himself came up with the name “Lolly Pop” for his treat after a popular race horse of the same name. Others have said that London vendors who hawked the candy coined the term ‘lollipop,’ which linguists translate to ‘tongue slap.’ There’s even a belief that the name is of Roma origin, as the roving people often sell toffee apples on sticks.

How is it celebrated today?

For your information, July 20th is officially National Lollipop Day, a day to celebrate the beloved treat. In 2012, the largest lollipop ever, weighing over 7 thousand pounds, was made by a California lollipop company. It was made of chocolate.

For nearly a century now, lollipops have remained a staple of popular culture, with songs, names, and even parts in movies named for them. At Yummy Lix, we believe that knowing their tradition and history is just another reason to love lollipops. So come grab one today!