It’s the classic Norman Rockwell painting of the family gathered around the holiday turkey, ready to enjoy a perfect holiday meal. But you know, at the end of that meal, you will want to slip out to smoke a cigarette. Thus begins the nagging times when relatives you rarely see, or perhaps try to rarely see, will ask the same question: “Are you still smoking?” The question is generally followed by a few wisecracks about coffin nails and cancer sticks. 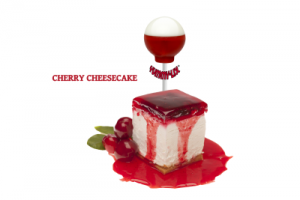 Beat the rush, go ahead and quit smoking before the holidays begin by using lollipops—a simple, cheap, low-calorie and less painful way to break the habit. And why not during the holidays? If you tend to gain weight when you stop smoking, you might as well go full blast during the most delicious season, especially when you have a great excuse to indulge in a childhood treat—lollipops! In January, you can start taking it all off at once.

The first step is to order a case of lollipops in your favorite flavors, because you are going to need a lot of them, depending on your addiction. Gourmet lollipops such as Yummy Lix from Cima Confections come in a wide variety of flavors, such as watermelon, sour apple, banana split, cherry cheesecake, cotton candy, and wild berries. For fun, you can order special shapes of Yummy Lix such as Merry Pops or Lolliween lollipops with skulls and ghosts to help keep you focused on your goal.

One advantage of using lollipops is that they keep your mouth and hand busy, much like a cigarette. It takes a while to consume a lollipop, which also means a slow release of sugar that keeps down nervous energy. Yummy Lix, which are gourmet lollipops, are tasty and only 120 calories. It will take you a lot longer to consume a Yummy Lix than a 250 calorie candy bar!

The next step is to keep lollipops handy so you can start introducing them into your routine. The best place to start is after a meal. Instead of lighting up, pop in a lollipop. Keep sucking on it to reduce your cravings. As you gradually introduce lollipops in lieu of cigarettes, you will reduce your nicotine levels.

After a couple of weeks, start introducing lollipops in place of other smoking triggers: the break at work, the drive home, the bedtime smoke. Don’t worry, you can still keep the morning coffee and bedtime cigarette, for now. Try this gradual substitution for two to three weeks. Feeling better yet?

Along the way, be sure you are getting plenty of sleep and drinking lots of water. It is a good idea to avoid scenarios where you would normally smoke, like bars or sporting events. Go instead to places smoking is banned, like restaurants, museums, libraries, theaters, malls, and churches.

When you can get down to two or three cigarettes consistently and your body is getting weaned off of nicotine, it is time to take the coffee challenge. Try substituting Yummy Lix for cigarettes in the morning and at bedtime. Pop in a lollipop every time you feel a craving coming on. If you mess up and smoke—just start again the next day. Don’t let a bad day ruin all the progress you have made.

Hopefully, by New Year’s Day, you can say you are now a nonsmoker! Even if you are still struggling, keep working on breaking your addiction, day by day. The folks at Cima Confections are cheering for you! We know you can do it. And we have plenty of Yummy Lix gourmet Lollipops to keep you on track for a healthier new year.

Yummy Lix lollipops are a pure candy, made with allergen-free ingredients. Lollipops containing nicotine are not recommended by the FDA or the American Cancer Society.